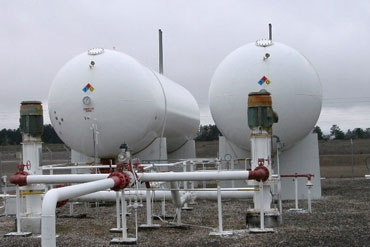 LPG is an acronym used for Liquefied Petroleum Gas. It is a mixture or gaseous concoction of some hydrocarbons. It includes butylenes, propylene, butane as well as propane, which is present in substantial part. It is a flammable mixture and one needs to be highly cautious when dealing with it. Liquefied petroleum gas is a fossil fuel and hence, non-renewable in nature. It comes from crude oil and natural gas as a part of an extraction process. It is normally in a gaseous state under normal atmospheric pressure and ambient temperatures. Albeit, it is non-toxic, it is still highly dangerous since it has potential to be abused like certain solvents.

The main LPG manufacturing industry received an impetus just before the world saw its first world war and it was sold commercially only in 1920, which was much later. When it comes to uses of this fuel, there are aplenty. It is used as a motor fuel, cooking gas, for heating as well as refrigeration purposes and even for certain high end industrial processes. The exact process which goes into the making of LPG is by refining petroleum. It is even acquired by refining natural gas in its 'wet' form. Preferably fossil fuel sources go into the making. Sometimes it is extracted from gas streams which emerge from under the ground.

Propane - is a gas, which is a by-product of petroleum refining or natural gas processing. It is a fuel and is stored in a liquid state. It is said that one liter of propane is equivalent in energy by about 75% of a liter of gasoline. It of course has a higher risk factor since it is heavier than air. It has a more potent risk with regard to explosions.

In India, the biggest obstacles in the path of its widespread usage is the lack of infrastructure, lack of knowhow and a limited accessibility in terms of supply.